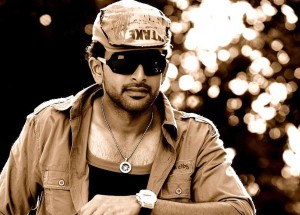 By the time this article is finished, another Prithviraj joke will reach a million mobile phones. It looks like we have found just the right substitute for tintumon. Whoever was behind that Prithvirajappan video must be having a blast reading all those messages. Sure, they did trigger this trend, but they also started something else. And that is nonchalance. Nonchalance among the public towards the income tax raids at our superstar’s residences conducted by the income tax officials.

It might be chance that caused the Prithvirajappan video and the income tax raids to occur almost at the same time. (Or was it?). Whether chance or not, it successfully took people’s minds from the superstars’ hidden cash and elephant tusks.

Yes, the jokes were funny. But they also diminished something as big as an income tax raid to almost nothing. The same people who laughed at all these jokes where unmindful of the fact that at that time our two superstars didn’t even have the guts to organize a press meet and say that the findings by the tax officials where wrong.

Print and visual media gave equal importance to the raids and urged the stars to present their cases. But not a word was spoken. None of the superstars who gave an interview this onam spoke about the raids on television channels. They know that if they utter even a word, people might turn against them. They might not come out as long as Prithviraj jokes continue to hide people from facts, creating a shield for them. And the masses are doing a real good job for them.

Sometimes corruptions of epic proportions can be made diminutive just by rumor and false propaganda. In this particular case it is ‘jokes’ that not only hid the actual facts, but also raised the corrupt to another level of sainthood. The jokes reaffirmed the fact that no matter how much corrupt our superstars are, we will never boo them or raise a single word against them.