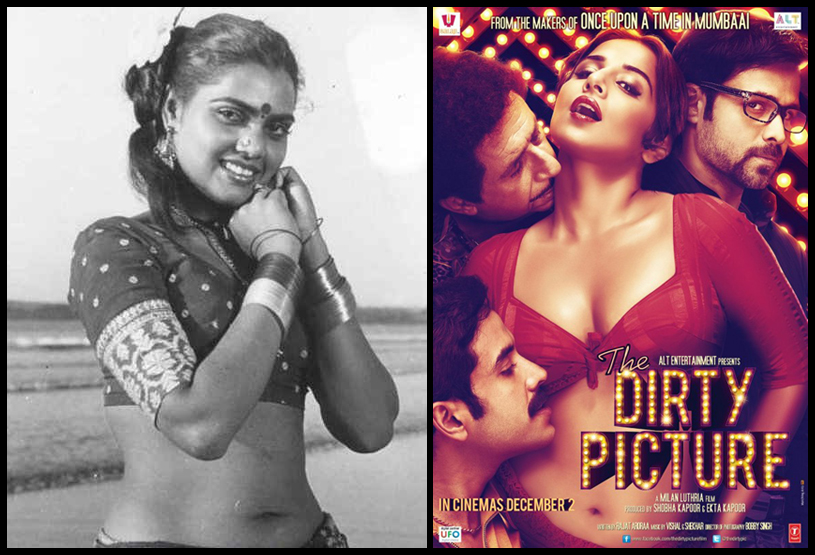 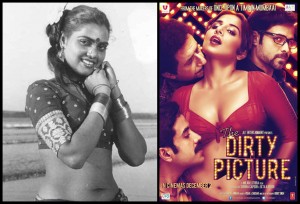 December 2, 2011 will be Silk Smitha’s 51st birth anniversary and Bollywood has decided to celebrate it by making a biopic of the desi vamp.

Vidya Balan plays the role of the south Indian Movie Queen. Except for the fact that Vidya and Silk are both bold and beautiful, there is not much similarity between the two. Silk had a dark complexion with broad body features and looked raw. However, Vidya is refined and looks more sophisticated. The most striking aspect that defined Silk was her childishness hidden beneath her bold looks which fooled people into believing that she was dumb and gullible. She was never a good dancer, but she balanced her flaws through such expressions and mannerisms. If Vidya Balan can bring this aspect of Silk on screen without any flaw, then it would be truly amazing to watch.

Another challenge for the filmmakers could be to recreate the South Indian films of the 80s. The theatrical trailer of the film available in You Tube gives viewers the impression that they are about to watch a Hindi movie set in the 80s. Milan Luthria’s earlier film Once Upon A Time In Mumbai was also a period film. The trailer of Dirty Picture looks more like a 80s Hindi film, full of bhangra juxtaposed with bright and contrasting colors. Looking at the trailer, one can only expect a few steamy sequences of Vidya and some remixed versions of old songs.

South Indian Film industry during the 1980s was an overtly male dominated enterprise. Heroines didn’t have much to do. All they were expected to do was to shed cloths for their heroes, get wet under some fire engine hose and support the heroes through all their ridiculous dance moves. Hence, today they are not much talked about. Silk Smitha on the other hand did what she was good at and gave 100% for all her characters. She was able to alter her image smoothly from a mere touch-up artist to a red hot sex-siren who supported the villain. Later, when she shifted to serious title and character roles she did them with elan and touchwood perfection.

Exploitation Cinema was at its zenith in mainstream Hollywood during the 1980s. Genres and sub-genres emerged. In some of them women took title roles. Pam Grier, who played the seductress-femme fatale in exploitation movies, was able to continue her career in films through the 90s into the 2000s. Yet our popular film rejected B-movie actors and remained numb to the winds of changes happening elsewhere. Acceptance was a hard thing to come. That was what Silk Smitha really deserved. And that is what our Shakeelas, Marias, Reshmas, Sindhus and Hemas lack. But just don’t put them in a ‘dirty picture’.