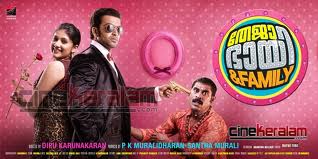 Disappointment is not a new story in Malayalam film industry, nor is it a new experience for the Malayalee film audience. They are not bothered of those countless films that go into the dustbins of movie world. Deepu Karunakaran’s new release Theja Bhai and Family just makes another trash in the recycle bin which the Malayalee audience will soon shift+delete from their memory. 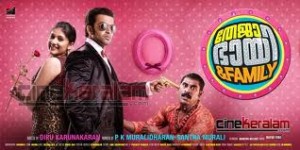 It’s pathetic to waste ink on so mean a material like the story of the film. The story line, might not be just the copy paste, but forces us to leave the theatre with impression of some familiar Tamil movies.

The film opens in Kuala Lampur where Theja Bhai (Prithviraj) an underworld Don (since nothing less than that will make a hero for us) is indulged in his mafia activities with ease. Vedika (Akhila Anand) is a beautiful young girl with umpteen good qualities that will help us to identify her as the heroine of the story. As we all know the main purpose of the hero can be nothing but to win the mind and heart of the heroine there comes the issue of marriage. Apex ad fame Thalaivasal Vijay, Vedika’s father, like all other fathers, wants to get a certified good boy from a noble family for her daughter. There is nothing wrong in his wishing so. Hence the Don is forced to pretend as a good boy to win the girl’s and her father’s heart. It doesn’t make any sense to retell the whole story of which everyone is familiar with. What follows is a series of some clumsily arranged pathetic scenes, comedies, characters, fights and dramas. To assure you, nothing odd happens in the end and the Don gets what he desired.

There is hardly anything that can be mentioned as novel in this film. But if you still want to hear something positive of this film then there are two things that we can mention. The choreography by Brinda Master and to an extent, music by Deepak Dev. The remix of Oru Madhurakkinavin is already a hit in Facebook and other social networking sites.

If Theja Bhai is classed as comedy then we have to doubt that something really bad has happened to the sense of humour, not of our audience but of our filmmakers. Even Shakeela is introduced with no purpose but for Suraj Venjaramoodu to have his shoddy sexual innuendos. Despite his substandard jokes and performance it has to be admitted that nobody else could make it something tolerable.

It’s difficult to sit through this terrible experience called Theja Bhai. No one really knows what goes through the mind of the director while making such a bad…bad…movie. Mr. Deepu Karunakaran, next time you get a producer to play your pranks on the audience please spend some time (not money because everything is available in the torrent for free) to watch some good movies and stop scratching some Tamil and Hindi cinemas for your script.

Endnote: wasting your precious time by reading this review is better than wasting it in the theater by spending money.