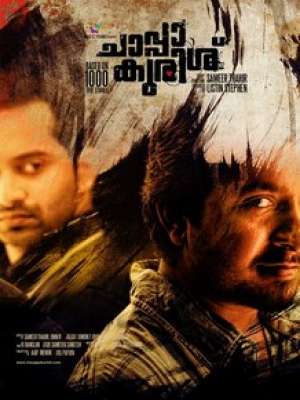 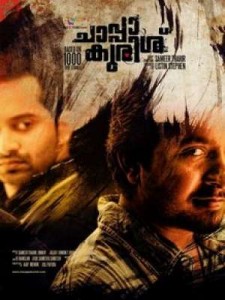 If the entire movie was about a lost mobile phone, then Chappa Kurishu wouldn’t be discussed among the audience or the critics. Rather it is a movie that goes beyond such formulas and forces the viewers to think. That is why you have characters who think and act differently put together in a single filmic universe conjured up by the cinematographer turned debutante director Sameer Thahir. So it is not just about loosing a phone, but, who looses it and in whose hands does it reach that matters most.
The ambiguous line of walk that the film performs can be explained by looking into the characterization of the leading male protagonists. Looking at Vineeth Srenivasan’s character in the movie, one might be forced to think about his real motives. It has been a long time since we have seen a loner in Malayalam cinema, which naturally makes the character both engaging and defying stereotypes. On the other hand the character played by Fahad acts normal and hence conventional. It is this seeming play of polarities that makes Chappa Kurishu what it is. It becomes a struggle between the normal and the abnormal, where the difference between both is a thin line, where blacks and whites converge into a deceptive grey canvas.

Arjun (Fahad) is an emerging young business magnet, for whom money is the quintessence. He is desperate to get his new business deal signed with the help of his assistant/lady of pleasure; Sonia (Remya Nambeesan).He fails to see her love for him, and when both get intimate in Fahad’s apartment, he records it in his mobile. The movie picks up momentum when he loses the phone.

Ansari (Vineeth Sreenivasan) is a room cleaner in a shopping mall and is a loner. Except to a co-worker in the mall, with whom he is predictably in love, he never talks to anyone else. He falls upon Arjun’s phone and doesn’t know what to do with it. He cannot even put the phone in silent mode, yet something inside him urges him to keep it.

There is transformation of characters from then on. It is a total reversal of events for Arjun who fears the video being streamed into the internet. He checks You Tube immediately after he loses the phone. Ansari is awestruck by the beauty of the phone and it immediately captures his attention. But it shapes his personality later on.

Desperate to get the phone back, Arjun begs to Ansari. For Ansari, it is for the first time that someone talked to him with modesty. He enjoys this new found respect from an unknown person without knowing the dangerous repercussions that is soon to follow.

Both Arjun and Ansari live in Kochi which is a land of contradictions. On one side you have the emerging IT industry and on the other you have families waiting to be thrown out of their homes in the name of development. Both Ansari and Arjun are the inevtiable victims of such contradictions. In fact one might see a million Ansari’s and Arjun’s in our metropolises. Hence the tagline, based on a thousand true stories, fits perfect for the movie.

Music by Rex Vijayan is engaging. It captures the soul of the movie and gives the right feel without being monotonous. Even though the film has a lose script, and could have been better with a short screen time, the way it metamorphoses the character’s lives and gives a new meaning for their existence deserves credit. Remya Nambeesan, Roma and new comer Niveditha played their roles with flair and conviction.

On the whole Chappa Kurishu is a gritty psychological thriller that explores the mindscape of characters trapped in a situation and how they react to it. It shows a series of character transformations that are both absorbing and thought-provoking. Even though it is based on a rather loose plot, with its intelligent characterization and raw narrative, this is definitely a film that keeps you on the edge of your seats.