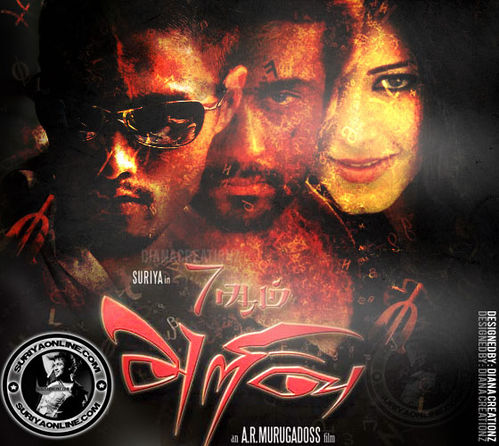 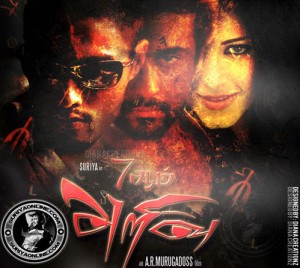 The first twenty minutes of A R Murugadoss’s 7-am Arivu is perhaps the only memorable sequence in the whole movie. Viewing the remaining two hours of the film is nothing but an exercise in futility. However, the film does have its moments of brilliance. A commendable performance by Shruthi Hassan and a well-intentioned storyline, doesn’t rescue the film from the endless pit in which it has fallen due to bad direction and amateurish editing.

The film begins in the 5th Century and takes the viewers to the Pallava Dynasty in ancient South India. A brief introduction of the Tamil King, Bodhidhraman follows. His tryst with destiny takes him to ancient China, were he is revered by the natives for saving the population from an epidemic that plagued the community for long. He meets his end when the community poisons and buries him, hoping that their land would be free from the epidemic if he is buried there. However, there ends the few good sections of the movie.

With practically nowhere to go, the film shifts to 21st century China, where its secret agency is planning for a bio war with India. Their mission is termed Operation Red, with Dong Lee (Johnny Tri Nguyen) as there agent toIndia. The focus shifts to Chennai where the viewers are introduced to Aravind (Suriya), a circus artist and Subha (Shruthi Hassan), a student scientist who researches on ancient Tamil medicine. She finds that Bodhidharman, was a pioneer of ancient medicine. Tracing Bodhidharman’s lineage takes her to a family in Kanchipuram. There she finds that Aravind, who is a member of the family, has a striking similarity with Bodhidharman. By combining DNA samples of Bodhidharman and Aravind, Subha hopes to bring Bodhidharman back to life.

7aam Arivu has a beautiful mythology in it. The thought process too is brilliant. However, by adding several cliches and stuffing it with junk sequences, director A R Murugadoss has languished the opportunity to tell an epic of a story. The truth is this film didn’t need a hero. It is primarily Shruthi Hassan’s movie. The viewers are actually viewing her dream of bringing back Bodhidharman back to life. Yet it is Suriya who gets the final icing on the cake.

The myth of Bodhidharman and the genetic experiment of Shubha to bring him back to life alone was enough for a compelling narrative. The Chinese connection was a good one, but towards the end, the film loses this thread. Johnny Tri Nguyen’s screen presence is so huge that Suriya has to be in his six packs to be even with him. Shruthi Hassan is spot on in her role as Shubha. Suriya as Bodhidharman is inspirational. However his character as Aravind is mediocre, with much less to do in the acting department. Ravi K Chandran has yet again proved that his camera captures epic narratives best. Music by Harris Jayaraj is uninspiring and editing by Anthony slows down the pace of the movie which already presents a lagging sequence of events.

The film also has one of the worst interpretations of Shaolin Kung-fu in a movie. Martial arts generate restraint and respect and not hatred. The final showdown between Aravind (Bodhidharman) and Dong Lee is not well-executed. This is primarily because we don’t witness the transformation of Aravind into the 6th century monk. Instead we have a six-pack abs Suriya destroying the best student of shaolin kung-fu through a couple of frail punches.

7aam Arivu is unbearable to watch because it tries to tell so much in so little time. A viewer who goes to a movie hall to watch a movie made with a budget of 84 crore expects much more from a director like A R Murugadoss.